The MoBCI Steering Committee took action January 11, 2022 to stimulate a huge conservation return from a recent Ameren Missouri grant.   As part of the action, the total of $2,500 received from Ameren’s Environmental Contributions Project is being matched by $2,500 from MoBCI’s Reserve Fund, an account specifically designed for such opportunities.  Individual MoBCI partners are then challenged to further match the total funds from Ameren and MoBCI for 2 new and vital projects.  The effort continues MoBCI’s longstanding goal of creating diverse partnerships to attain bird conservation objectives.

The $5,000 Ameren/MoBCI total was allocated to two projects;  $4,000 to fund a Motus tower to track migratory creatures during migration, and $1,000 to contribute to larger North American Wetlands Conservation Act (NAWCA) project sponsored by Ducks Unlimited at Loess Bluffs National Wildlife Refuge (NWR) in northwest Missouri and elsewhere.  Importantly, the Ameren/MoBCI funds are offered as a match challenge to MoBCI’s 76 organizational partners to respond with their own funds for both key efforts!

Motus.  The Motus Wildlife Tracking System (Motus) is a network that uses arrays of automated radio telemetry receivers to study the global movements of small migratory animals. Ultra-lightweight radio tags coded to the Motus frequency are attached to our smallest species of migratory birds, bats, and even large insects. Then, when a Motus-tagged animal passes within range of any of the nearly 1,300 Motus receivers in the world, the signal of the tag is detected and stored. The array of receivers across the hemisphere allows researchers to learn more about migration timing, stop-over sites, and wintering locations faster and over broader scales and to target conservation efforts and habitat management for some of our most rapidly declining bird species.  Missouri and the Midwest were “black holes” for Motus coverage just 4 years ago, but Missouri has become a leader in this vital research infrastructure with 19 active Motus stations and more on the way! Funds from the Ameren Missouri grant and the MoBCI match, plus any partner generated funds will be sent to the Missouri Conservation Heritage Foundation (MCHF) which is hosting funds collected from partners for the Motus effort. Here’s a PDF of the latest report on Motus tracking in December 2021. Organizations or individuals interested in participating in the Motus project with the Ameren/MoBCI match should contact MoBCI Foundation Treasurer, Dave Erickson (davidwerickson@gmail.com).

Loess Bluffs NWR.  Ameren Missouri and MoBCI funds ($500 from each) will also support the Phase II Ducks Unlimited wetland restoration project in northwest Missouri and Iowa as DU seeks to secure a $1.0 million North American Wetlands Conservation Act (NAWCA) grant.  The area of key interest to MoBCI is the continued improvement of wetland infrastructure vital to bird habitat management at Loess Bluffs NWR.   MoBCI and many organizational partners participated in DU’s first phase project at Loess Bluffs NWR in 2018—an effort now essentially completed.  Importantly, the highly competitive NAWCA grants are awarded based on many factors, but important among these are the nature and diversity of the partners contributing to the project.  So, our collective funds help lever the key NAWCA grant as well as directly funding the project.

The second phase of the Loess Bluffs project will alleviate conditions caused by outdated and deteriorating water control capabilities on the west side of the Refuge which was not included in Phase I.  A newly designed water control structure will provide critical water to the Mallard and Pintail Pools to the west and to the Snow Goose and Pelican Pools to the east of the new structure.  We expect other partners to join us in this key bird conservation effort.  Funds for the project will be managed by Ducks Unlimited.  Partners or individuals with interest in supporting the Loess Bluffs partnership should contact Ducks Unlimited Coordinator David Graber (graberd@centurytel.net). 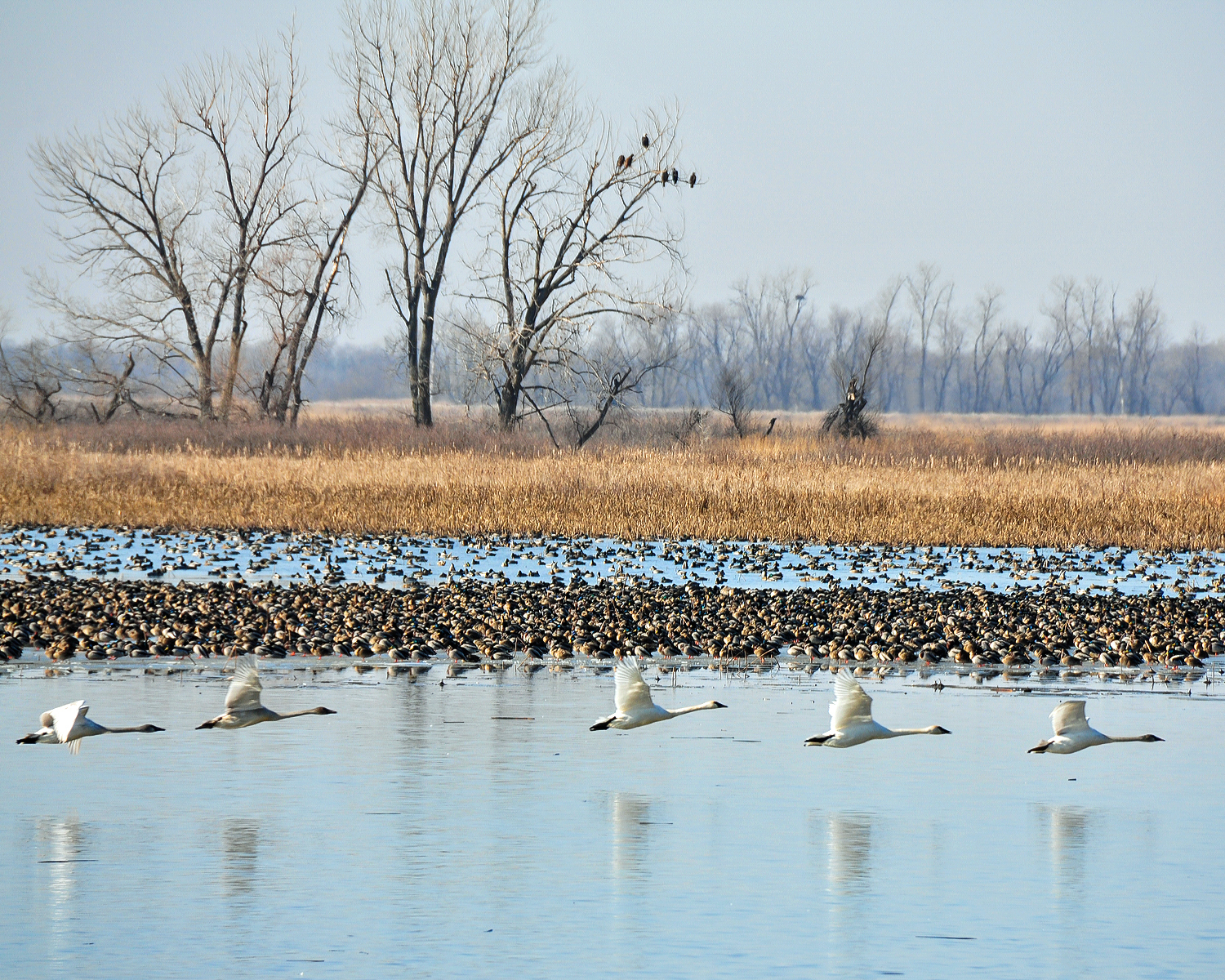 The Request for Proposals for MoBCI grants is now available here (PDF). Proposals for July 2023–June 2024 fiscal year are due September 23, 2022